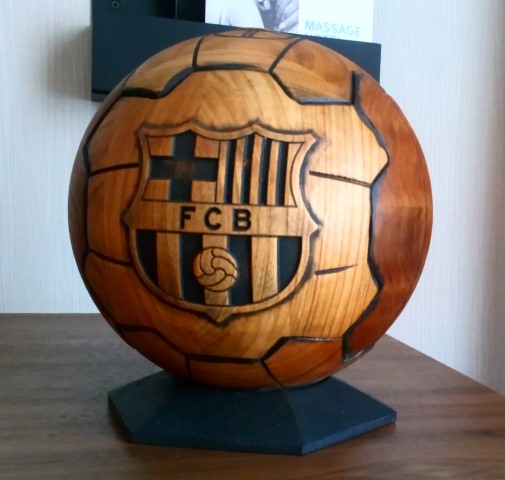 Half business, half love. WOODBALL, as a brand of premium souvenir could come to life because of our love and passion for ball games and design. The base idea originates form the concrete ball I designed for the eagle in front of FTC’s stadium in Budapest. It was curiosity that drove me first. Could I make the same from wood, in a smaller size that can even hold glasses or other items inside? The hard work was fruitful, WOODBALL was born. First, it was only a couple of family’s and friends’ requests. The prototypes I’ve made back then excited my fantasy. I wanted to create new shapes and forms but with some kind of assurance. That’s how I ended up asking for design rights from Benelux Design Office.

I developed the final form and structure. I was lucky enough to show my idea to some people who later helped me to the opportunity of creating these kinds of trophies to Pál Dárdai, Antal Dunai and Zoltán Gera. nak. 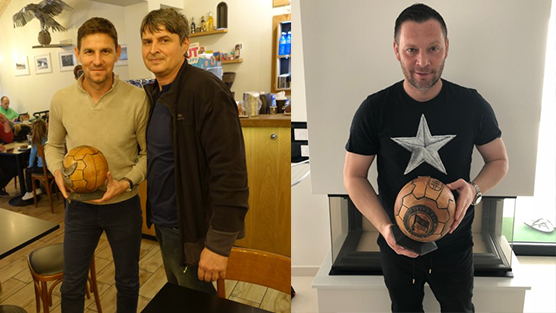 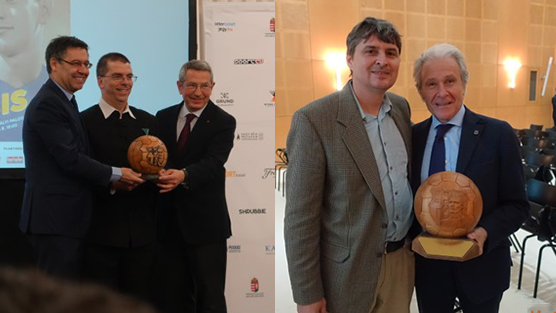 On the 2019 European Volleyball Championship hosted by Hungary, 4 of my trophies were given to local and foreign leaders. 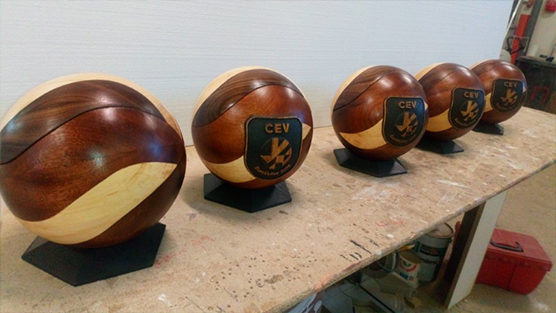 In 2016 FTC has created the „Fradi soccer player of the year” award. The winner is voted by the fans, and gets a bronze version of the wooden trophy. 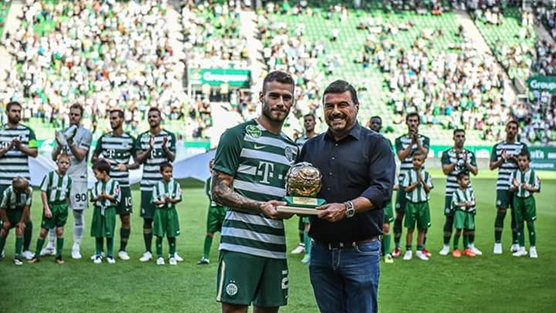 During the years, I have made plenty of products with company logos as a year-end gift for employees. If you would like to have something like this, please contact me.

I’m continously improving the design, the new ideas are already on the workstation. WOODBALL is one of a kind. Each piece is handmade and unique, made from special wood.

Thank you for reading our introduction, now let the pictures speak for themselves.